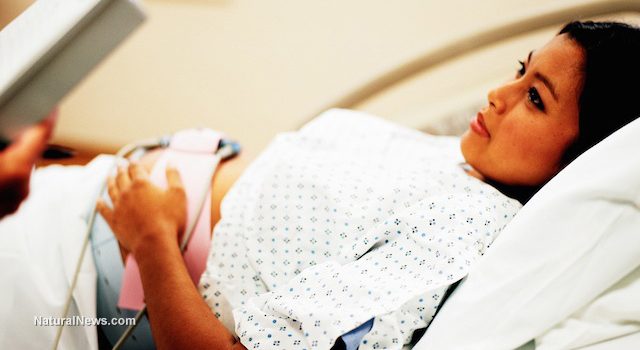 Stillbirth numbers on the rise:Wave of babies born in Japan with extra arms and legs due to Fukushima radiation…

'Inconvenient pregnancies1
Five years after the Fukushima nuclear accident, local residents are reporting a marked increase in serious birth defects, but due to an ongoing coverup...

Five years after the Fukushima nuclear accident, local residents are reporting a marked increase in serious birth defects, but due to an ongoing coverup by Japanese authorities, and a severe lack of scientific studies being performed, very little information on the subject is reaching the public.

A February, 2016 broadcast on LaborNet TV featured interviews with evacuees from the affected areas near the Daiichi nuclear plant, who provided firsthand accounts of babies being born with extra limbs caused by a structural birth defect called polymelia.

The interviewees also reported a large number of stillbirths, as well as numerous abortions performed due to “inconvenient pregnancies” – in other words, pregnancies in which birth defects were detected prenatally, causing doctors to recommend abortion procedures.

Setsuko Kida, one of the women interviewed, said:

“My daughter [got] pregnant in the fall of 2013, but she was diagnosed with tethered miscarriage… the womb grew… but her unborn baby didn’t grow at all…

“So she had the abortion. My daughter called and told her friend about her abortion… She was told that out of 4 in her friends group, 3, including herself, had abortion during early pregnancy. The only one who could give birth was told by her doctor that she was unable to give birth because of the baby’s weak heart sound…

“A nurse I knew told me that many get abortions in Fukushima. My daughter and friends are just a few of those…

And these accounts are especially important since there have been so few studies conducted on health effects resulting from the disaster.Although these firsthand accounts must be considered anecdotal evidence, the stories are compelling, and there’s little reason to doubt them.

In fact, only two known studies involving changes in death and disease have been made available, and both indicate an increase in cancer and thyroid problems in Fukushima-area children.

As reported by Counter Punch:

“One [study] showed that 127 Fukushima-area children have developed thyroid cancer since the meltdown; a typical number of cases for a similar sized population of children would be about 5-10. The other study showed a number of ectopic intrathyroidal problems in local children – a disorder that is extremely rare. No other studies looking at changes in infant deaths, premature births, child cancers, or other radiation-sensitive diseases are available.”

Despite the scientific and anecdotal evidence, the Japanese authorities are obviously attempting to coverup the extent of the effects of Fukushima radiation on the populace.

As Erin O’Flaherty wrote in an essay published by Activist Post: “They [the Japanese goverment] have since refused to discuss radiation, give no information about the harms of radiation, and have even gone so far as to say radiation is healthy.”

When people like Setsuko Kida dare to speak out, they are often silenced:

“I just shared the story about my daughter’s abortion and high number of stillbirths. Whenever I deliver such a message I’m told to shut up. People say it’s a delicate issue, bad influence on Fukushima reconstruction or no data to back up. But more than 10 girls had similar experience as my daughter’s. Actually one woman was recommended to get an abortion at 6 months pregnancy last summer, and her unborn baby lacking one arm, one leg, with only 3 fingers on its foot.”

Until the veil of secrecy is lifted, we can only speculate on how serious the effects of the Fukushima disaster have been already, and will continue to be. The Japanese government is guilty of a grave disservice to the people of Japan, and indeed the entire world.