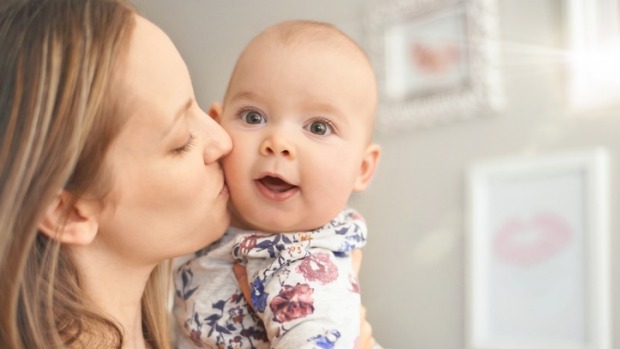 holding babies1 premature babies1 baby's long-term development1
From the world of super obvious science comes the news that you can never hold your baby too much. Sure, sometimes when you’re up...

From the world of super obvious science comes the news that you can never hold your baby too much.

Sure, sometimes when you’re up for the eleventh time that night, it can feel like there is such a thing as “too much”, but most of the time, holding a tiny squishy baby is one of the most awesome things to do on the planet.

And pretty soon they’ll be at high school and won’t want to be seen within two blocks of you.

But critics of holding babies have long held the entirely unproven belief that holding your baby too much can cause them to turn into a clingy, needy adult.

Luckily, a study published in Current Biology says that’s hogwash. It shows that touch is critical to a baby’s development and that these touches remain like a footprint on babies’ brains.

And this is even more important in premature babies, the study found. Babies born prematurely are often kept in a humidicrib but Dr Nathalie Maitre, the lead scientist in the study, said they found touch was incredibly important. “Our findings add to our understanding that more exposure to these types of supportive touch can actually impact how the brain processes touch, a sense necessary for learning and social-emotional connections,” she said.

The study at the Nationwide Children’s Hospital in Ohio in the USA studied 125 babies, some full-term and some premature. Researchers used a gentle puff of air and then a “fake” puff of air and measured the babies’ brain responses to each. What they found was that the premature babies who were in the intensive care unit and had had increased amount of gentle contact with their parents and caregivers responded more strongly than the premature babies who were not touched as much.

The study also found that babies who went through painful medical procedures early in life responded less to gentle touch later in life.

The study’s conclusion was that gentle touch for all newborns – especially those that are born prematurely – may help develop their cognition, communication and behaviour later in their lives.

So don’t let anyone tell you not to spend all day long cuddling and touching your baby. Not only is it good for your soul, it’s great for your baby’s long-term development.