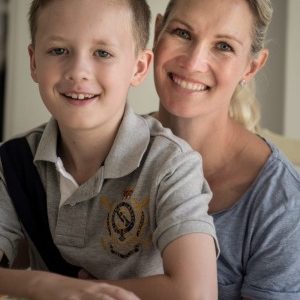 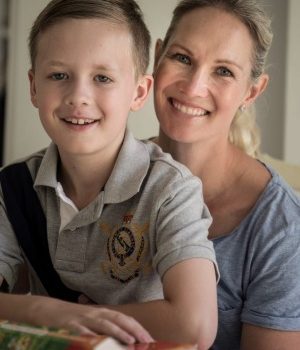 allergic to peanuts1 severe eczema1
Katrina Hetherington cannot remember a time that her son Charley did not have eczema. When he was born, dry patches gathered in the creases...

Katrina Hetherington cannot remember a time that her son Charley did not have eczema.

When he was born, dry patches gathered in the creases of his little arms and legs, and soon he was wearing a full body suit with covered hands to stop him from scratching himself raw overnight.

The Hetheringtons deliberately avoided feeding him food containing peanuts and a blood test at nine months justified their fears: he was severely allergic to peanuts.

Now the family is facing the suggestion that this might have been avoided if his introduction to peanuts had been managed differently.

Charley, now aged eight, was born at a time that the medical consensus on peanut allergy was to delay introducing the food to infants deemed to be at high risk – such as those with severe eczema.

But this was flipped on its head in 2015 with research showing babies introduced to peanuts earlier were actually 80 per cent less likely to develop an allergy.

“I would have loved that information,” Mrs Hetherington said. “It would have been a game-changer. It’s pretty stressful.”

On Thursday, the National Institute of Allergy and Infectious Diseases in the United States released new detailed guidelines on peanut allergies, with separate recommendations according the level of risk that a child has of developing an allergy.

Babies with severe eczema or egg allergy, who are considered to be in the highest risk group, are recommended to have a blood test or skin prick test before they are exposed to foods that contain peanuts at about the age of five months.

Infants at moderate risk, with milder cases of eczema, are recommended to be introduced to peanut-containing foods at about the age of six months and those at the lowest risk according to family preferences.

The guidelines are more tailored than those introduced last year in Australia, which became the first country in the world to develop a consensus statement on the introduction of peanuts to children with allergies last year.

The Australasian Society of Clinical Immunology and Allergy will meet again in Melbourne in March to thrash out how the US approach could be made practical in Australia, where the distances between allergists and their patients can be vast and the clinics have long waiting periods.

Australian children have among the world’s highest prevalence of peanut allergy, with 3 per cent of children affected. Hospitalisations due to anaphylaxis have tripled since 2002.

ASCIA president Richard Loh said ideally high-risk children would be introduced to peanuts in hospital after a prick test and in consultation with an allergy specialist, but this was not realistic for many Australian families.

By the time they got the referral and waited six months for an appointment with an allergist, they had missed the window for optimum first exposure.

“The last thing I want is for a parent to come and see me and and have to say, ‘If you had come and seen me four months ago I could have done something but now it’s too late’,” Professor Loh said.

“That’s really devastating for a parent to hear.”

The March workshop will involve allergy experts, paediatricians, GPs, nurses, parents and pharmacists working out how to safely introduce high-risk infants to peanuts.

GPs or nurses could expose them to peanuts by setting up stations in practice waiting rooms for example.

Professor Loh has even half-seriously considered opening up cricket grounds to parents seeking to introduce their children to peanuts for a mass supervised screening session, but that would not help regional patients.

“I’ve jokingly thought about doing it, but what about parents from Port Hedland or Broome? I couldn’t ask them to come to Perth when the risk is so low.”