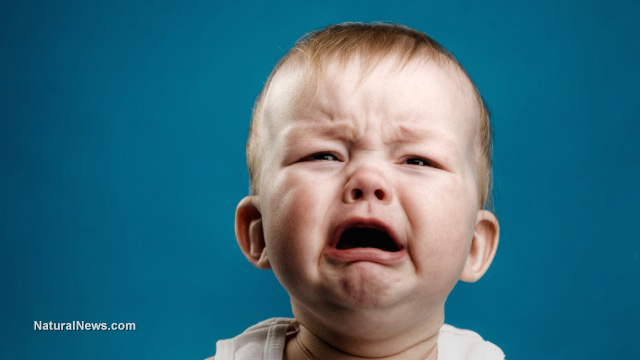 Most consumers generally assume that products available on the market are proven to be safe. They believe that the government would not allow any product on the market that may be harmful to their health.

Unluckily, this is not true. Many products sold today contain toxic ingredients with very limited safety testing. A growing number of researchers now believe that a variety of chemicals found in everyday household items, such as makeup, plastics, and food containers, may pose a serious threat to the developing brain of fetuses and growing children. These chemicals may even be lowering their IQ.

The aim of the coalition is to protect expectant mothers, infants, and children from toxic chemicals that endanger neuro development in fetuses and children of all ages.

In the statement, the authors concluded that the existing system in the U.S. for evaluating scientific evidence and making health-based decisions about environmental chemicals is “fundamentally broken.”

Parents report that one in six American children have a developmental disability, which is 17 percent more than a decade ago.American children are at an “unacceptable” risk of developing neurological disorders including autism, attention deficit hyperactivity disorder (ADHD), intellectual disabilities, and other learning and behavioral disabilities.

While we cannot change our genetic makeup, the toxic effect chemicals have on our health can, and should, be prevented.These rising neurological defects are very complex disorders caused by genetic, social, and environmental factors.

One way pregnant women can protect their little one and build up immunity is through juicing health-promoting superfoods.

The report gives bad press to the U.S. that continues to allow these chemicals to flood the market with little or no evidence of the effects they may have on the developing brain. With the TENDR consensus statement, the authors hope to reduce toxic chemical exposure and neurodevelopmental disabilities in America’s children.

The chemicals singled out by the coalition include lead, mercury, organophosphate pesticides used in agriculture and gardens, flame retardants, combustion-related air pollutants, and phthalates found in plastic bottles, food containers, and beauty products.

Furthermore, they note that traffic pollution and smoke from wood can also affect the neurological development of both unborn baby and growing child.

While polychlorinated biphenyls (PCBs) and polybrominated diphenyl ethers (PBDEs) have been banned or restricted in America for years, the authors report that these can linger in the environment for decades and are also reason for concern.

Professor Susan Schantz, of the University of Illinois, said that these chemicals are not only found in air and water, but also in everyday products that we use in our home or apply on our skin. Reducing the exposure is possible and urgently needed to protect our future generation.

Almost every day we come in contact with phthalates and other endocrine disruptors found in all kinds of different products. As reported by the Daily Mail, 90 percent of pregnant women in the U.S. have detectable levels of 62 different chemicals.

Many of these chemicals can interfere with the normal activity of hormones, like thyroid hormones, estrogen, and androgens. Schantz and her colleagues are studying the effects phthalates and other endocrine disruptors have on the child’s brain and behavior.

Professor Schantz said that very little is known about what these chemicals are doing to children’s neurological development.

“They just haven’t been studied.”, Schantz said. She expressed that if it looks like something is a risk, many scientists feel policymakers should be willing to make a decision that the chemical could be trouble and we need to stop its production or limit its use. Professor Schantz went on to say, “We shouldn’t have to wait 10 or 15 years — allowing countless children to be exposed to it in the meantime — until we’re positive it’s a bad actor.”

Prepare for the Worst, Hope for The Best

Cramps and Contractions After Sex During Pregnancy