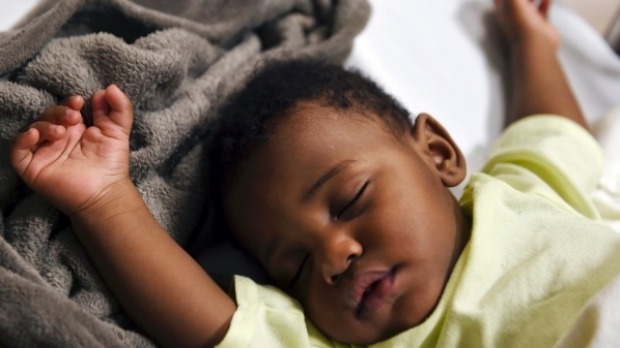 At 16 months old, Kyrie already has a good handle of a basketball, his family says – despite being born with five thumbs.

“Some families will ask, ‘Are two thumbs better than one? Can it put a wicked spin on a baseball?’ – those types of functional questions. But the answer is really no, because the two thumbs actually interfere with each others’ function,” Chao explains to Kyrie’s family before a hand reconstruction surgery for the infant at Valley Children’s Hospital.

Chao took the best parts of two thumbs on Kyrie’s right hand and merged them into one. Previously, the US boy had two extra thumbs on his left hand removed during an August surgery.

Paediatric plastic surgery isn’t just done for cosmetic reasons, it’s helping children live more functional lives. The aim of Kyrie’s thumb surgery wasn’t just to give him one thumb, it was to give him a stable one – a thumb that will help him grip successfully. Cleft lip and palate surgery, for another example, doesn’t just conjoin split lips, it makes it easier for children to eat, speak and hear.

Many issues can now be detected while a baby is still in the womb, which allows families to start meeting with plastic surgeons even before a baby is born.

Chao says plastic surgeries also help children “achieve a normal appearance and integrate socially and not suffer childhood teasing and bullying”. Four of Kyrie’s siblings have experienced that bullying. They also were born with extra fingers and never had surgery. Harold Carter didn’t want Kyrie to experience the same bullying.

One in 2,000 to 3,000 babies are born with additional fingers, Chao says, and it’s even rarer to see multiple children in one family with the condition. Despite that, it isn’t new to doctors at Valley Children’s Hospital, who saw 195 children with the condition last year.

“This is supposed to be a rare embryonic developmental condition, but we see a lot of this here at the hospital,” Chao says. “We’re the only one in the Valley that does a significant amount of pediatric hand surgeries.”

Chao says doctors still have “a long way to go” in understanding what may cause the condition, and how to prevent it.

“With most congenital differences, we think there’s both an environmental factor and some genetic predisposition, and it’s usually thought to be a combination of the two that results in this,” Chao says.

The formation of a baby’s hands occurs early in a woman’s pregnancy, often before a woman knows she is pregnant.

“Back in the ’70s, there were a lot of congenital limb deformities due to medication – anti-seizure medication, lots of different medications,” Chao says. “It’s now known that those medications should not be given to pregnant women. Now, we have removed what we believed to be most of the causation, yet we still see these deformities and we still don’t have an answer.”

During Kyrie’s surgery last month, the outside thumb on his right hand was preserved because it had the better joint connecting it to the hand. Some ligaments, tendons and skin were taken from the inside thumb and weaved into the other thumb, which also was straightened.

Kyrie’s two right thumbs were really one split thumb. In the womb, a baby’s hand begins in the shape of a mitten or paddle, Chao explains, and tissue dies back to create individual fingers. If the tissue doesn’t die back enough, a child is born with webbed fingers. If tissue dies where it’s not supposed to, the finger splits – resulting in what appears to be two or more fingers.

A small nubbin on the outside of Kyrie’s left hand – which might have been the start of another finger trying to grow – also was removed during his surgery last month.

After the surgery, his hands were set in red casts – a colour chosen by his family. After his hands heal and the casts are removed, he will receive physical therapy and routine check-ups. Depending on how his hands grow, doctors may later decide he needs more surgery.

“A lot of people are surprised that a plastic surgeon does hand surgery,” Chao says, “but it’s very much a part of our training.”

“There are a lot of bad habits that adults develop that are beyond correction, but for children, their potential is limitless. So if they get the best reconstruction early on, it will positively change their entire life,” Chao says. “I really like that aspect of paediatric plastic surgery – you can help them achieve their full potential by removing their physical barriers early on.”

Care continues for children at the hospital long after one of those barriers has been removed. “We are committed to them not just for surgery,” Chao says, “but for the long run”.