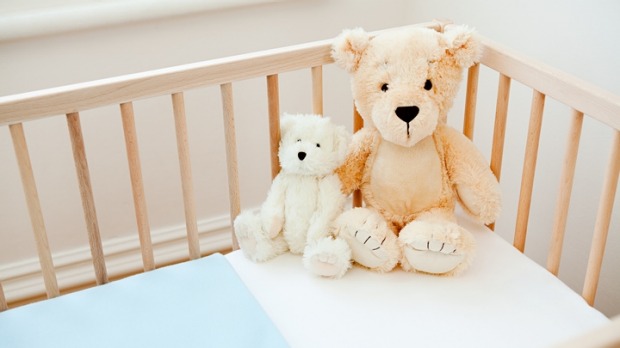 The raw and emotional post from a mum using an anonymous account begins by explaining that she had been in a bad place when she discovered that she was pregnant, and had even considered a termination.

“I spent a long time thinking over whether or not I should have her or just abort her because I wasn’t bringing her into a good place, but in the end I planned things out and did everything to make sure I could afford her and we wouldn’t be living in poverty,” she writes.

She named her baby girl Emily and vowed not to mess it up.

But tragically, when she was just eight months old – too young for the MMR vaccine – Emily contracted measles encephalitis and her brain became inflamed. “She was in the hospital and she looked so bad, she was crying and coughing and there was nothing I could do. I felt like the worst mother in the world.

“I hadn’t believed in god in years but you better believe I was praying for her every day.”

Emily tragically passed away a week later. “I held her little tiny body and wanted to jump off a bridge and broke down in the hospital. The nurses were sympathetic and I was, well I made a scene I’m pretty sure,” the mum recalls.

After Emily’s death, she discovered the likely cause of Emily’s measles.

“I found out later via Facebook that the neighbor I’d had watch my baby was an anti-vaxxer and had posted photos of her kid sick and other b******t about how he was fine.”

She continues: “He was fine? He was FINE? My kid was DEAD because she made that choice. I went over and talked to her and she admitted he’d been sick when she’d had my kid last but didn’t think much of it.

“I screamed at her. I screamed and yelled and told her the devil was going to torture her soul for eternity … because she took my baby from me.”

The heartbroken mum finished by urging parents to vaccinate so other parents didn’t have to watch their baby die.

“It’s not just your choice only affecting your kid, you are putting every child who for some reason hasn’t gotten vaccinated in SO much danger. Please please please for the love of god please vaccinate,” she writes.

While the grieiving mother received a lot of support in the comments, she also attracted some criticism. In an edit to her original post she later posted another message.

“To everyone who told me I was a murderer, that it was my fault, that I was an awful mother, that my child spending time with a boy who had measles was NOT the reason my baby got measles, that I never should have had a kid because I was poor, and that I should kill myself, I have only one thing to say to you, because anything else isn’t worth it: I hope you are happy.

“I hope you live a long and happy life with people in it who love you and care for you and that you do not suffer like I did. I hope you are loved.”