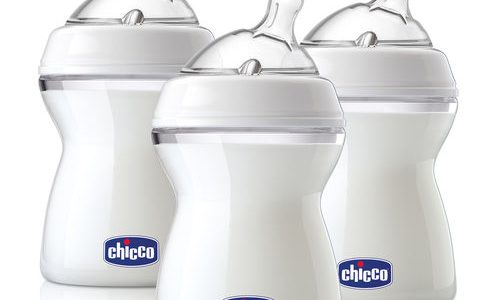 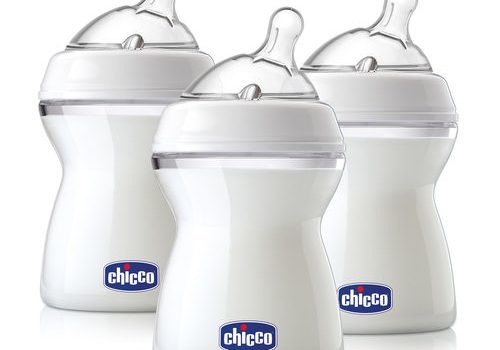 the Chicco NaturalFit bottles1
With our first three children we used Dr. Brown’s bottles exclusively. There’s no real reason for this except that we registered for them with...

With our first three children we used Dr. Brown’s bottles exclusively. There’s no real reason for this except that we registered for them with our first baby, got them, they worked, and so we stuck with them. There are so many bottles on the market, I find it overwhelming to try to choose one over another with little to no information to work with. So I was happy that the Dr. Brown’s bottles worked for us and that I didn’t have to make the paralyzing decision about which bottles to buy. We’ve never even tried another bottle brand, so I wasn’t quite sure what to expect when we were offered the opportunity to try out the Chicco NaturalFit bottles with baby No. 4. We received the Deco Gift Set, but the bottles are also also sold individually. They arrived in a nice box, and they were pink! (They’re available in blue and white, too.) I always bought neutral everything with our previous kids because we knew we’d have more and I wanted to be able to reuse everything. But I’d be lying if I said I wasn’t always drawn to the pink or blue options that are available. So while it’s a small detail, I was pretty excited for these pink bottles.

Also, they’re different than the other bottles we have used because they’re short and squat, compared to the tall, thin bottles. Again, not really an indication of how they’ll function but they are super cute. And appearance is something! Plus, the set I got also came with a pink pacifier, which seems like a nice bonus. I received four complete bottle sets (bottle, nipple and lid). Two of the nipples are “newborn flow,” and the other two are “medium flow.” Two bottles are 5 oz. and the other two are 8 oz. This seems like a great combination of bottle sizes and nipple flows to grow with the baby over the first several months.

We’ve been using the “newborn flow” because I’m also nursing and I always worry that if eating from a bottle is too easy, the baby will grow to prefer that over nursing. She has been able to eat from the bottle without any trouble. The flow is not so fast that it makes her choke and isn’t so slow that she gets frustrated. Happy baby, happy parents! To clean, we take the bottles apart completely and run them through the dishwasher. The instructions say to boil all the parts to sterilize but with four kids under the age of 7, that becomes a tedious process, so we go with the dishwasher approach and it seems to work just fine.

These bottles have an angled nipple, which, according to the Chicco website, is “designed for the way newborns latch on to the breast with their lips well-opened.”  And I would have to agree that the way my baby’s mouth looks while she’s eating from the bottle is similar to the way it looks when she’s latched onto the breast. Much more so than with the other bottles we’ve used. The Chicco website also describes the nipples as “breast-like, soft and flexible nipple for easy transition between breast and bottle,” which is something I think most moms who are breastfeeding and using a bottle are concerned about. At least I know that I am!