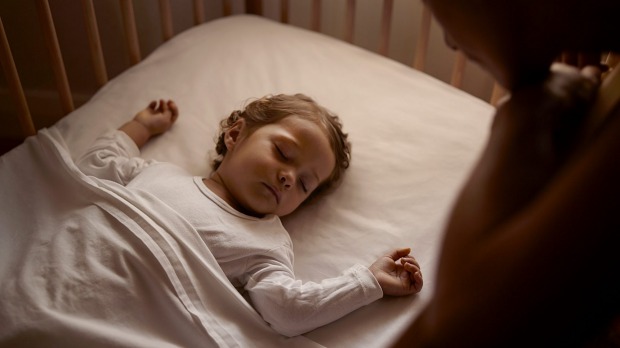 You do NOT leave a baby in a hotel room unattended,you had made a terrible error of judgement

A woman wrote anonymously recently to ask the internet whether she had made a terrible error of judgement. Her crime? Leaving her 11-month-old baby sleeping alone in a hotel room while she ate dinner with her husband downstairs in the hotel restaurant.

The British mum shared her story on The Telegraph. “I’m new to motherhood and it’s fair to say that, while pregnant and in the exhausting first few months of my daughter’s life, I missed my freedom and the ease with which I wined, dined and speed-dialled an Uber home without a second thought,” she explained.

“It was with some excitement then, that on Friday night, my husband and I put our daughter carefully in her deep-sided travel cot, flipped the switch on the video monitor and tiptoed out of our hotel room to dinner.”

When they reached the restaurant, however, they realised the range of the monitor meant they couldn’t watch their baby, but staff assured them that if they heard the baby as they passed the room, they would alert the parents. And the couple took it in turns to go up and check on the baby every 20 minutes.

The couple had a lovely time, and then went back up to their room, where their baby was still sleeping soundly.

Just kidding. This would be the end of the story, but the next morning it occurred to the woman she may have made a terrible error of judgement, so she decided to ask friends what they thought.

When her friends told her they wouldn’t have left the baby, the woman questioned her judgement and shared her story with The Telegraph. And then, of course, social media got involved.

MomCaveTV posted the story on Facebook and it received responses such as these:

“Hell no…Anyone that would is insane and should not have kids!”

“YES You are 100 percent wrong!!! You do NOT leave a baby in a hotel room unattended. If you really need to get out for some you time….take turns with your husband or friend. Yikes! This is crazy to even believe someone would do it.”

“I would never ever leave my kids unattended no matter what age. You don’t know what might happen to them. You will never forgive yourself either if something did. I say it’s completely selfish of this lady to do this.”

Terrible – and unusual – stories such as the disappearance of Madeleine McCann fuel this paranoia, of course, but the idea that we should have full vision of our children at all times is a relatively recent one. And coupled with the 24-hour free-flowing judgements now available online, it’s enough to make any parent question their choices about everything.

The author was shocked by the judgement she received, with even her friends telling her she’d made a bad decision.

“I’m sorry, but if you think that, you are letting a fear of the unknown – or at least the highly unlikely – run your lives,” she responded. “All I’m talking about here is letting my baby sleep peacefully in a room without me, as she does every night.”

On the one hand, it’s not much different from living in a large house, with attentive staff, and having your baby sleeping upstairs. Wouldn’t that be nice?

On the other, you don’t know who has access to your room in a hotel. There is a miniscule chance someone could let themselves in and make off with your child.

Clearly this is a personal decision that all parents have to make on their own, and most of us put our children at far greater risk when we put them in our cars every day. But stories like this lead to so many questions:

Why do we feel the need to judge others’ parenting choices with such judgement and vitriole? Why is nobody talking about the baby’s father and his choices in this scenario? Did the parents in question feel fantastic after a beautiful dinner and a glass of wine?