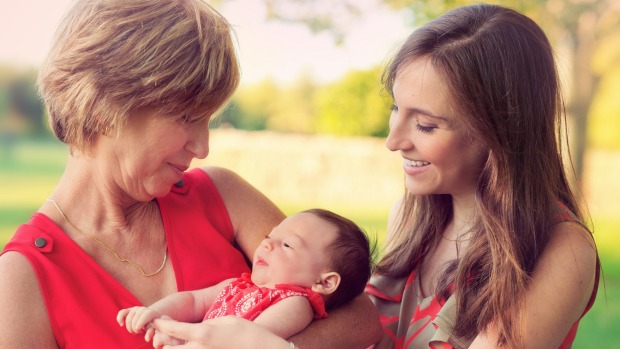 infant formula2 discipline our kids1 expressed milk1 female bodies1
It’s no secret that women experience incredible pressure as new mums, each decision – from feeding, to working/staying at home, to how we discipline...

It’s no secret that women experience incredible pressure as new mums, each decision – from feeding, to working/staying at home, to how we discipline our kids – scrutinised and judged. By everyone. Has this pressure increased over time or has it always existed? Do we feel more judged than our own mothers did? According to a new study,the short answer is yes.

The research, published in the journal Families, Relationships and Societies, explored this issue through interviews of six mother/grandmother pairs in Wales. “Intergenerational research with mother–grandmother dyads suggests that the intensity of the gaze directed towards mothers has increased in recent decades,” the authors note, something many of us, can wholeheartedly relate to.

Beginning in pregnancy, what the researchers term “surveillance” of mums, then continues into the postnatal period – particularly when it comes to breastfeeding. “How good a mother is has come to be measured by whether she breastfeeds, and the use of infant formula has been reconciled as ‘somehow symptomatic of a woman’s failure as a mother,” the researchers note.

As the new mums and new grandmothers shared their stories about motherhood – from the vantage of two generations – a number of clear findings emerged.

“Feelings of being watched, evaluated and judged, with some direct experiences of being questioned by strangers, were centralised in many of the participants’ reflections,” the researchers wrote.

One new mum, Tanya, recounted an experience of a waiter acting “like the kinda food police” during her pregnancy, refusing to serve her certain items as though he was a “pregnancy expert”. Her experience was in “stark contrast” to her own mother, Diane’s, pregnancy decades earlier.

“It’s just totally different,” Diane said of her daughter’s experience. “People try and police your behaviour … when I was pregnant when no one cared … you could have asked for any food or drink: I never got stopped having anything.”

For the authors, the difference between the two women’s experiences highlight previous findings of “a significant intergenerational shift where pregnancy has become (experienced as) a public (as opposed to private) phenomenon.”

The differences in pressures faced by new mums, now and in the past, were evident in discussions around infant feeding, too. “I don’t think there should be so much pressure for mums to breastfeed and then feel guilty about it,” said Tanya. Diana, however, who exclusively formula fed her babies, didn’t feel the same amount of scrutiny when raising her children.

When it came to feeding in public, the experience was extremely different for another mother/grandmother pair.

Mum, Fearne, who breastfed her baby and gave her expressed milk, often felt judged when feeding outside the home.

“‘If you do bottle, people are thinking: “why is she bottle feeding?,” Fearne said, “Even to the point I almost feel that I have to make comments that it’s my own milk.” For grandmother, Barbara, who raised her children in Australia, feeding in public didn’t generate nearly the same level of surveillance.

“Grandmothers reported a range of infant feeding experiences,” the authors write, “although none recalled a strong pressure to breastfeed or instances in which they had encountered surveillance of their infant feeding.” Grandmothers were largely left to “get on with it”, said lead author Dr Aimee Grant.

Summarising the stories shared during their interviews, the authors conclude: “We found that mothers reported increased surveillance compared to grandmothers. This surveillance … began in pregnancy and then continued to have an impact on mothers’ everyday lives, particularly through infant feeding.”

And, when it comes to bottle-feeding versus breastfeeding – mums simply can’t win.

“Participants described some instances of undertaking both breast and formula feeding in public as though it were an illicit act as they felt each option placed them at risk of judgement, negativity and reprimand.”

Grant feels the “increased regulation of female bodies” in society may be behind the change, as well as the more detailed understanding of the risk factors of certain behaviours, such as smoking and drinking during pregnancy. “We’re very used to commenting on women’s bodies,” she said.

The public, however, can make it easier for pregnant women and new mums, as they navigate their new roles. “Don’t touch a woman’s bump unless she has given you permission,” Dr Grant said. “Also, if you wouldn’t ask someone what they had for lunch, it probably isn’t appropriate for you to ask them questions about feeding their baby.”