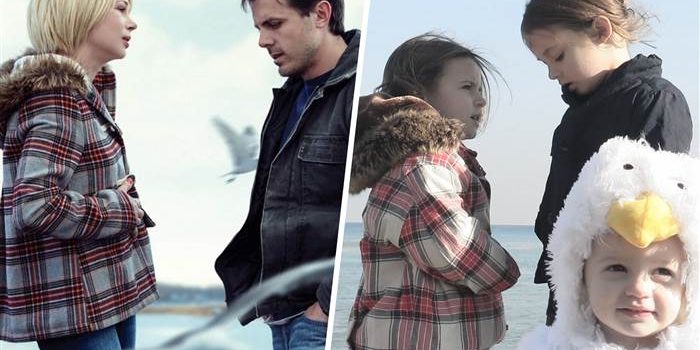 The Best Picture contenders for the 2017 Academy Awards had audiences feeling a wide range of emotions: tears, tensions and maybe even the urge to dance.

Sure, “Manchester By the Sea” is a complete tearjerker on the big screen, but when Maggie Storino cast her daughters in a photo homage for their site, Don’t Call Me Oscar, it was transformed into what might be the cutest story ever told. Re-enacting the top films of the year is a family tradition for Storino and her girls. Sophia, 6, and Sadie, 4, have been delighting film fans for years and just last year their little sister Sloane, now 1, joined in the annual fun.

This year’s batch of movie stills might just be their best yet. “This time around ‘Hidden Figures’ is one of my favorites,” Storino told TODAY via email. “It was so much fun to see so many kids enjoying the project.”

But her own kids, who were joined by classmates and neighbors for that particular shot, haven’t enjoyed the nine films nominated in the most coveted category this year — because they haven’t seen them.

Given the grown-up plots in the mix, that’s probably for the best. “The girls didn’t see any of the Best Picture nominees but they loved the contenders for Best Animated Feature, especially ‘Zooptopia’ and ‘Moana,'” Storino explained. While the project is clearly a labor of love for the family, it isn’t always easy to stage such spot-on scenes.

“Manchester by the Sea was particularly challenging,” Storino told us. “Sophia and Sadie spent weeks teaching Sloane the chicken dance so she’d flap her arms like a bird in the photo. When we went to the beach to take the picture, there were so many people around that Sloane got stage fright and forgot her dance moves. That said, it was pretty fantastic to witness my husband dancing like a bird in an attempt to motivate our wee seagull. “ “We live in Chicago where the winters are really long so our Oscars project is the perfect cure for the February blues,” Storino said. “This year, there were so many beautiful actresses to imitate that we had more fun than ever interpreting the photos.”