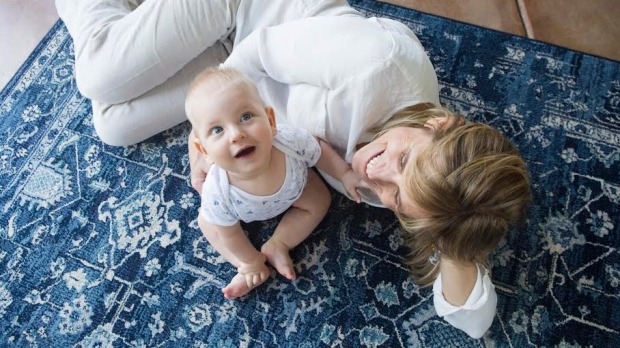 Good news for children born to older mothers in life

According to new research, in good news for mums having kids later in life,children born to older mothers today are more likely to perform better in tests of cognitive ability compared to 40 years ago.

The findings, published in the International Journal of Epidemiology, reflect the different characteristics of mums now giving birth to babies later in life. Older mothers, the researchers note, tend to be more “advantaged” these days – more educated, less likely to smoke during pregnancy and well-established in their careers.

As part of the research, a team from the London School of Economics and Political Science and the Max Planck Institute for Demographic Research, examined data from three longitudinal studies conducted in the UK: the 1958 National Child Development Study, the 1970 British Cohort Study and the 2001 Millennium Cohort Study. In each cohort, children’s cognitive ability was assessed when they were 10-11 years old.

In the 1958 and 1970 cohorts, children of mums aged 25–29 scored higher on intelligence tests than children born to older mothers.
By 2001, however, this trend was reversed. Kids born to mums aged 30–34 and 35–39 had better outcomes than kids of mums aged 25–29.
A similar pattern was observed for children of mums aged 40 and over – although the sample size was much smaller.
Mums are increasingly having their first child at an older age than they did in the past.
Explaining the results, the authors note, “The negative association [between mum’s age and children’s cognitive ability] in the earlier cohorts appears to be associated with the fact that the children born to older mothers in these cohorts were more likely to have been high parity births than their counterparts in the 2001 cohort.”

In other words, in the earlier groups, older mums were more likely to be giving birth to their third or fourth child. Firstborn children typically perform better on cognitive ability tests, with a recent study showing eldest kids receive more “mental stimulation” from their parents.

The teams adds: “The positive association between advanced maternal age and children’s cognitive ability found in the 2001 cohort appears to be largely explained by the selected and advantaged profiles of the older mothers in this cohort.”

Lead author Alice Goisis said the research is the first to examine how the cognitive abilities of kids born to older mums have changed over time – and the factors behind the change.

“It’s essential to better understand how these children are doing given that, since the 1980s, there has been a significant increase in the average age of women having their first child in industrialised countries,” she said. “Cognitive ability is important in and of itself but also because it is a strong predictor of how children fare in later life – in terms of their educational attainment, their occupation and their health.”